Ricardo Castro was born in Vitoria da Conquista, south-western city in the state of Bahia, in 1964. When he was nine months his family moved to Salvador, the capital, where at the age of three he revealed a clear interest and ease to play the piano, listening at home his older sister’s classes with their aunt. 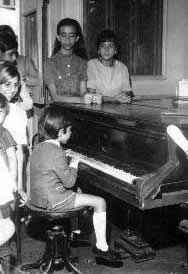 At the age of five he joined the School of Music and Performing Arts of the Federal University of Bahia, drawing the attention of the piano teacher Esther Cardoso, a  Margerith Long fellow, for his ability to play by ear combined with the skill to address and understand what he was shown. Despite his youth he was exceptionally accepted to enter this school. Three years later he made his debut in a solo recital playing among other composers Bach, Haydn, Diabelli and Villa-Lobos. At age 10 he was soloist in the Piano Concerto in D Major by Haydn, accompanied by the Symphony Orchestra of the Federal University of Bahia. The music was unquestionably his first language.

From five to 18 years old he studied under the guidance of Esther Cardoso, attending master classes of Magdalena Tagliaferro, from who he received a brilliant comment: "Ricardo Castro is a great artist and a great pianist. He only needs to get older ... ".

Aged 16 he performed in Sao Paulo with the State Orchestra of São Paulo, conducted by Eleazar de Carvalho, the Piano Concerto in a Minor by Grieg.

In 1984 Ricardo went with his own resources to study in Europe, entering the Conservatory of Music in Geneva in the virtuosity class of Maria Tipo, where he remained for three years, and in the conducting class of Arpad Gerecz for two years. 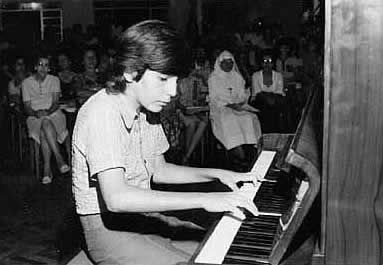 First prize winner at Rahn Competition in Zurich in 1985 and Pembaur in Bern in 1986, he graduated from the Geneva Conservatory in 1987 with the "Premier Prix de Virtuosité avec Distinction et Felicitacions du Jury". In this same year he was ex-aequo winner of the International Competition of the ARD in Munich, starting his international career.

Shortly after he completed his piano studies in Paris with Dominique Merlet. Live and musical experiences with Friedrich Gulda, Alicia de la Rocha, Martha Argerich and Maria João Pires were fundamental in the construction of his aesthetic.

In 1993 he received the first prize in the prestigious "Leeds International Piano Competition" in England, becoming the first Latin American winner of the competition since its foundation in 1963. In celebration he was received at 10 Downing Street by Prime Minister John Major and played for the entire office of the British Government and some of the most important musicians of the era, including the conductor Sir Georg Solti.

Considered a "Marketing Dream" by the British press after winning the Leeds Competition he was invited to concerts with major orchestras such as the Gewandhaus of Leipzig, Tonhalle Zurich, BBC London Philharmonic, English Chamber, Academy of St. Martin in the Fields, City of Birmingham, Tokyo Philharmonic, Orchestre de la Suisse Romande and the Mozarteum of Salzburg. Concerts followed in the most prestigious concert halls such as Barbican Centre and Queen Elizabeth Hall in London or Vienna Musikverein. Among the conductors with whom he has performed are Sir Simon Rattle, Leif Segerstam, Yakov Kreizberg, Kazimierz Kord, Gilbert Varga, Alexander Lazarev and Michioshi Inoue.

In 2003 began a piano duo with Maria João Pires. Together they gave a series of recitals in the major concert halls of Europe, among which the Viena Konzerthaus, Palau de la Música in Barcelona, Alte Oper Frankfurt, Auditorio Nacional in Madrid, Théâtre des Champs Elysées, the Amsterdam Concertgebouw and Tonhalle Zurich. In 2005 was released a CD of the duo, Resonance de l'Originaire by Deutsche Grammophon, with works by Franz Schubert solo and four hands. Several other CDs were recorded for BMG-Arte Nova, always with excellent reviews.

Despite this brilliant path, Ricardo Castro is more interested in sharing music in cooperative situations. "Music is also an art to communicate with the public and between musicians" he said in a interview.

Educational and social activities have always been a constant concern in his life. "I can not imagine keeping the musical knowledge for me. It needs to be shared not only in performances but also through education".

Ricardo Castro teaches since 1992 at HEMU - Haute Ecole de Musique Vaud Valais Fribourg in Switzerland, where he works with an exclusive group of young professional pianists. In 2018 he was invited to teach at the Scuola di Musica di Fiesole and from Septembre 2020 on he'll be teaching at the Haute École de Musique de Genève. 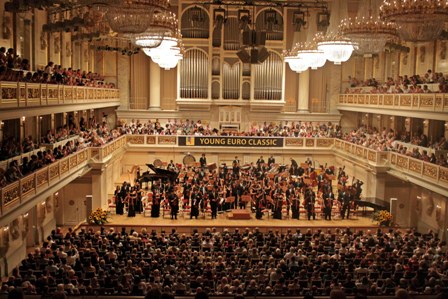 Always concerned about social programs for youth and children, in 2007 invited by the Government of the State of Bahia, he creates NEOJIBA (State Centres of Youth and Children's Orchestras of Bahia), a pioneering program in Brazil who for its eight years celebration more than 4500 children are beneficiaries. The Youth Orchestra of Bahia, the most advanced in the program, performed already for more than 200.000 people conducted by Ricardo Castro, who remains its Principal Conductor and Artistic Director. Together they went on several tours to EUA and Europe, doing performances with prestigious soloist like Martha Argerich, Midori, Maxim Vengerov, Maria João Pires, Jean Yves Thibaudet and Labeque sisters among others, in major concert halls such as Queen Elizabeth Hall in London, Victoria Hall in Geneva, Konzerhaus in Berlin, Santa Cecilia in Rome.

His great dedication to Neojiba as a teacher, conductor and manager, takes him to exercise unique expertise acquired in experiences with various personalities, institutions and cultures around the world.

This intense and busy life does not prevent him to continuously search for excellence at the piano, which can be recognized in festivals and concert halls that he performs to the delight of his admirers.

In 2013 he became the first Brazilian to receive the Honorary Membership of the Royal Philharmonic Society, figuring since beside famous personalities in the history of Western music.